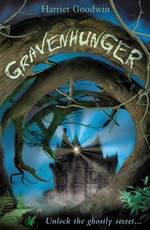 Thirteen-year-old Phoenix Wainwright delves into the dark secrets of Gravenhunger Manor, his dead mother's childhood home... Thirteen-year-old Phoenix Wainwright is not happy about spending the summer in an old house in the middle of nowhere, especially when he hears that Gravenhunger Manor used to belong to his dead mother, Elvira - a secret which she kept from Phoenix and his father during her lifetime. But this isn't the only secret Elvira had been hiding - something terrible happened at the house during her childhood, something for which she was never able to forgive herself... Phoenix is determined to get to the bottom of the mystery, but as his mother's secret begins to unravel, Phoenix finds himself in grave danger...